END_OF_DOCUMENT_TOKEN_TO_BE_REPLACED

This motion was adopted at the International Committee meeting on 23 February 2022. In line with the motion an online forum is proposed  for Saturday 21 May at 13h (Central America), 14h (Mexico), 16h (Brazil), 21h (Spanish state - CET). See here.

The recent death of General Hugo Torres in prison, the conviction of Commander Dora María Téllez and the commemoration, next April, of the three years of the mobilizations that put the Ortega-Murillo dictatorship in difficulty, are factors that force us to promote the broadest solidarity with the people of Nicaragua.

We consider that it is a strategic question that the forces of the Fourth International coordinate with the left and democratic groups within Nicaragua, to promote this campaign.  The decomposition of a Nicaraguan revolutionary process is not a minor matter.  It is connected with serious deviations of the world left, be it social democratic or revolutionary, and it affects an entire nation.  We cannot stay out of this problem.

For these reasons, we propose that the Fourth Internationalist organizations, that are willing to participate in this initiative, form a coordination to promote these tasks and issue an urgent declaration for the freedom of political prisoners. 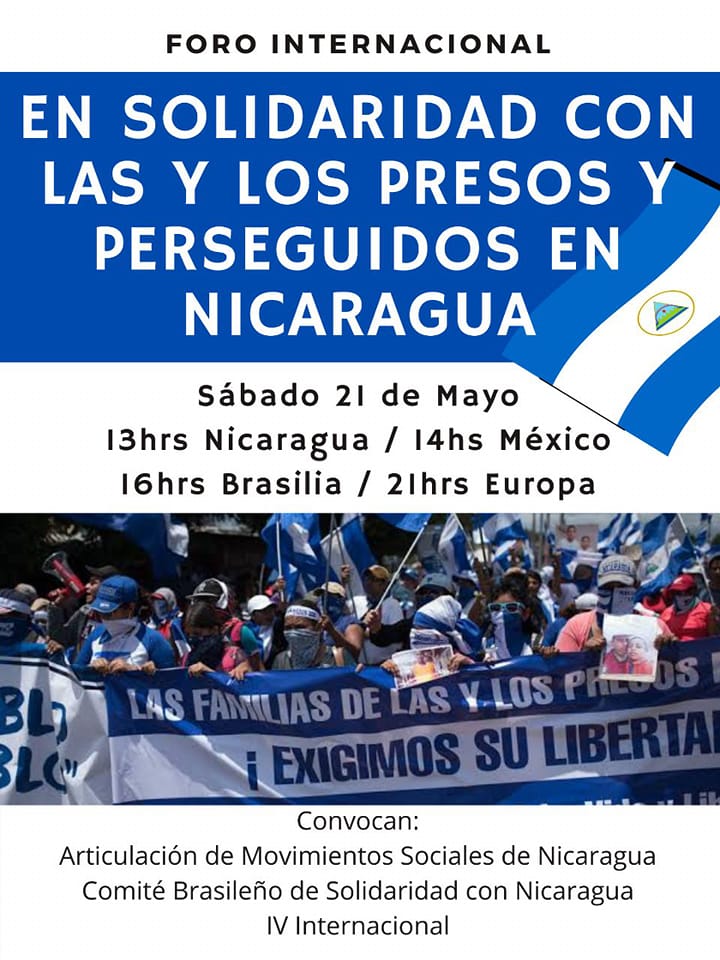